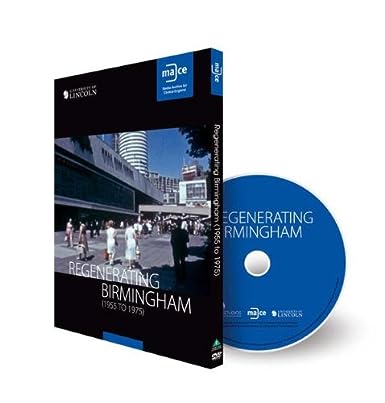 Using a selection of films preserved at the Media Archive for Central England, Mike Mason charts the progress of this seemingly impossible mission and acknowledges the spirit and intentions of this noble, and necessary project that was to become the focus of so much negativity in the closing decades of the last millennium.

In the mid 1950s Birmingham's City Engineer, Herbert Manzoni embarked on one of the most ambitious and radical building projects the city had experienced since the tumult of the industrial revolution. In the decade that followed, Manzoni and his team of architects and builders transformed the centre of Birmingham from a bastion of Victorian elegance and civic pride into a thoroughly modern metropolis, equipped to deal with the very real challenges of the 20th Century. In the process Manzoni picked up the gauntlet of housing Birmingham's citizens in homes 'fit for heroes' and set about eradicating remnants of the notorious 'back-to-back' houses and yards that blighted the life of the city's poorest.

Regenerating Birmingham includes a series of films made at the time by the city’s Public Works Department as well as regional news reports from Associated Television. Expert opinion is provided by well-known Birmingham historian, Carl Chinn MBE, chair of Community History at the University of Birmingham.

"Carl Chinn adds his valuable and informative knowledge of social housing - the expectations, hopes and result, along with the cause and effect of good appropriate social housing in a City struggling with a booming population. a really good DVD with excellent footage of a Birmingham long gone."