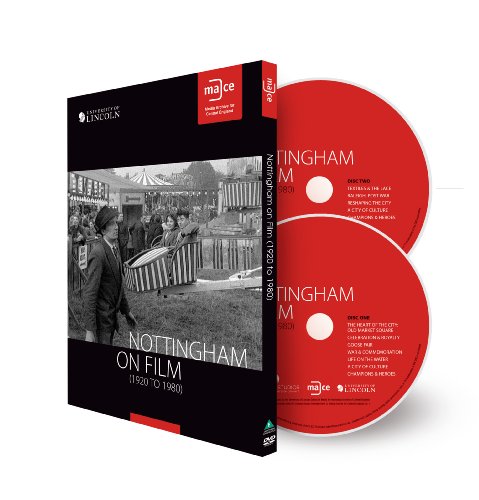 Nottingham on Film, produced and edited by acclaimed filmmaker Andy McKay and his team at the University of Lincoln’s School of Media, pieces together rarely seen and newly restored film preserved at the Media Archive for Central England (MACE) from 1920 to 1980.

Known as “The Queen of the Midlands”, Nottingham is an ancient city with a rich cultural and industrial history. The twentieth century saw rapid change for Nottingham, in the market square - the largest in England outside the capital and scene of many civic celebrations, in industry and transport, as well as in everyday life – and the new medium of film was there to record this change.

Amongst the films are scenes of enjoyment at the Goose Fair, coronation celebrations, life on the shop floor in knitwear, lace, bicycles and tobacco; trade on the River Trent, and a wealth of news reports from ITV’s regional news magazine programme, ATV Today. These include the opening of the Nottingham Playhouse and building work at the ‘new ‘Victoria Centre, both in 1964.