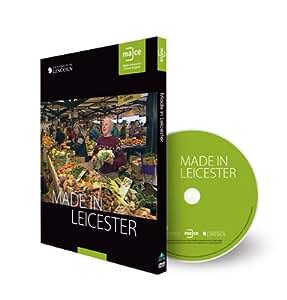 Presented by Leicester’s own Rosemary Conley CBE with contributions from current market stall holders as well as Leicester’s first elected mayor, Sir Peter Soulsby, this DVD is a tribute to ‘Britain’s favourite market’ and the manufacturing heritage of Leicester.

A multicultural city, Leicester sits in the heart of England and its history can be traced back almost 2,000 years. In Roman Leicester merchants were thriving with livestock in the marketplace and its current market, the largest outdoor market in Europe, has stood in the same spot for the last 700 years.

The city had a global reputation for being at the forefront of manufacturing. ‘Leicester Clothes the World’ was an apt slogan with around 100 distinct industries from hosiery to boot and shoe making.  Engineering also became a major industry in Leicester with well-known brands like the Imperial Typewriter Company based in the city.